A quick overview of the environmental factors that must be considered in dive planning. 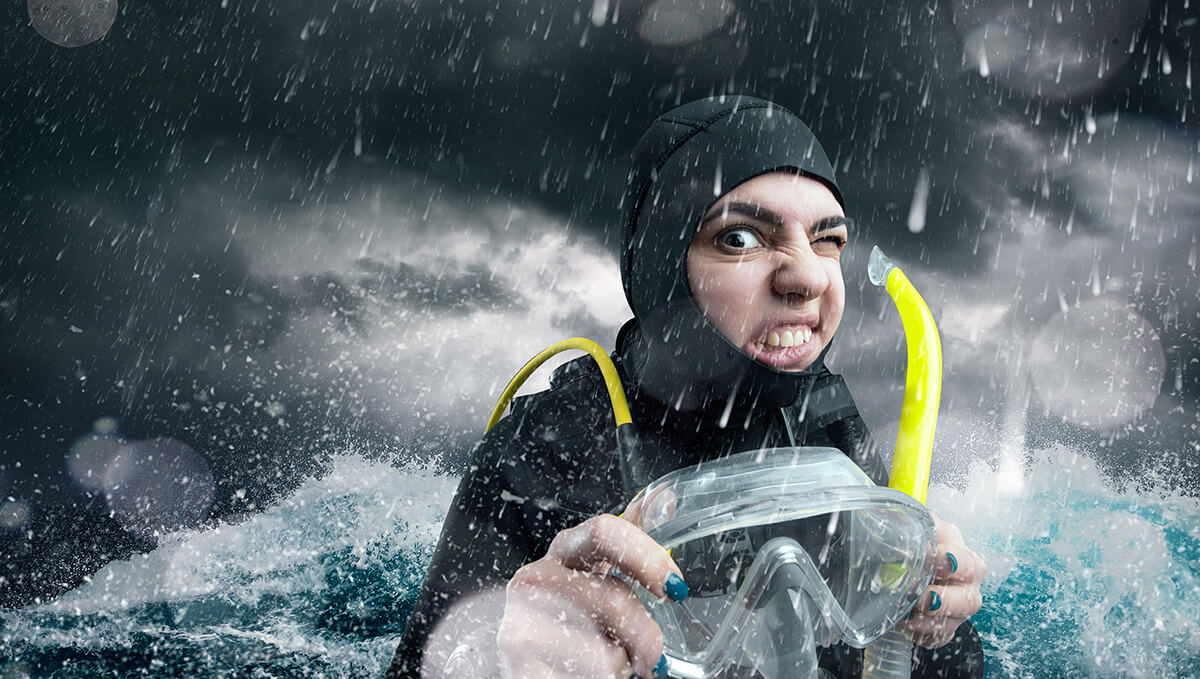 The friction of wind across the water's surface generates the energy required to form a wave.

Currents are generated by the wind, the changing tides, and much larger ocean forces such as the oceanic-driven currents experienced to the north of the North Island and the south of the South Island.

Current direction is the direction in which the current is moving – referred to as the set. The speed of a current is measured in knots or fractions of a knot.

Two forces combine to produce the tides as the moon orbits the Earth.

The moon's gravitational force induces a slight lifting effect on the ocean surface. The centrifugal force generated on the Earth by the moon's orbit creates a corresponding bulge of water on the opposite side of the Earth.

The result for most locations on the Earth is two high tides and two low tides per 24 hour and 50-minute cycle.

To complicate things slightly, the Sun also has a slight gravitational effect on the Earth, which is why the tide height varies through the monthly lunar cycle.

When the Sun and the Moon are acting together, the high tides are higher, and the low tides are lower. These occur about the time of the new moon and full moon.

When the Sun and Moon act against each other, the tidal change from high to low is much less. Neap tides happen about the time of the half-moon.

Thank you! Your submission has been received!
Oops! Something went wrong while submitting the form.